An English Garden And How It Has Changed Over Time

Our gardens have served many different purposes over the years; from a space to relax in, to growing fruits and vegetables, they are a useful outside addition to our homes. However, did you know that the average sized English garden has been shrinking over the years?

From the years 1983 to 2013, gardens have decreased in size from 168 metres squared to 163.2 metres squared. Arbor Deck, retailers of decking boards, take a look at what has really happened to our gardens, and how they have changed alongside our modern lives. 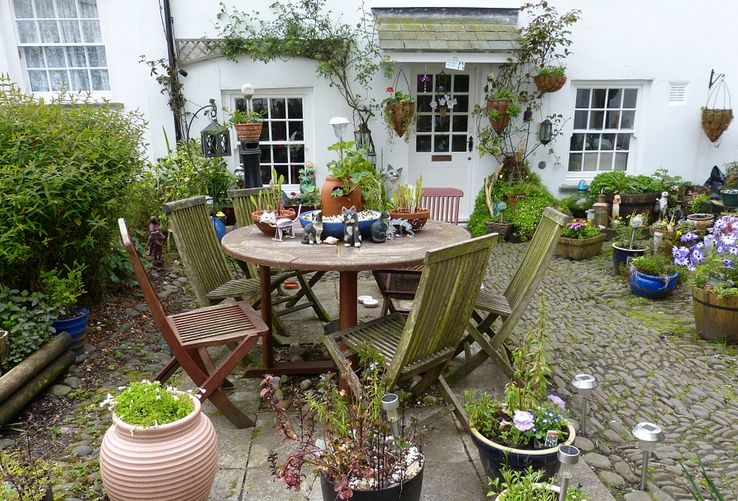 Within urbanised areas, the garden is becoming a space that is seemingly less significant; however, people are still finding innovative ways to maintain and care for smaller gardens. By 2020, 10.5% of homes will not have a garden, which means in that years to come fewer and fewer of us will own a property with a garden. This questions how important our garden is and how we have used it over time. What becomes troubling within these figures is that 38% of children are more likely to become obese if they do not have access to a garden.

When looking back at the purpose of an English garden over the years – it’s clear that the reasons for keeping a garden have changed. During the Second World War, the garden was a space where vegetables could be planted to cope with the demands of rationing. They could also be used as a bomb shelter for those who were in more suburban areas. Now kept in pristine condition, gardens have changed. They aren’t so much about vegetable patches and bomb shelters anymore; they are a space dictated by decoration and ornamentation.

Now, the garden is beginning to be a space that utilises the principles of indoor living, outdoors. With the rise of decking and replicating indoor spaces outdoors, the garden has become more than anything else, a synthetic space – like the home itself. Some of the most classic changes to the British garden are as follows:

People use garden centres every day for a number of reasons, but many don’t realise how the garden centre phenomenon began. In the 1950s and 60s, this is when garden centres were first popularised. The first was in Ferndown, Dorset in 1965, and encouraged gardeners to buy plants from exotic locations. As a result, heathers, conifers and bedding plants became popular in the UK due to their availability.

Within sustainable gardening projects, in the 1970s, growing fruit and veg became a popular trend. With the availability of colour televisions, gardening programmes could be shown to a wider audience, so that viewers would become aware of how to maintain their garden at its best.

Many consumers in Britain began to be more concerned with owning their own home as opposed to renting in the 1980s, which raised the standard of gardens for those owning a home. The garden was a space that was recreational rather than a space utilised for growing vegetables. BBQs and conservatories were then popularised, making it a space to be shared with friends and family.

Sparking the trend for gardening programmes throughout the 90s, garden renovation and home improvement was on everyone’s minds. Usually, this would be done by installing decking, which is a good way of dynamically changing the look and atmosphere of a garden without too much hassle.

When an English garden is being considered in the future, one thing is clear – trends will come and go, and how we use our gardens will always change with the times. As information is disseminated more freely, and is easy to obtain through smartphones and tablets, growing and cultivating gardens with fruits and vegetables has become easier than ever to understand. With the future of gardening set to become more economically and eco-friendly, the garden can become a space to celebrate the natural world without having to break the bank for ornamental decorations.

We use cookies to ensure that we give you the best experience on our website. If you continue to use this site we will assume that you are happy with it.OkRead more